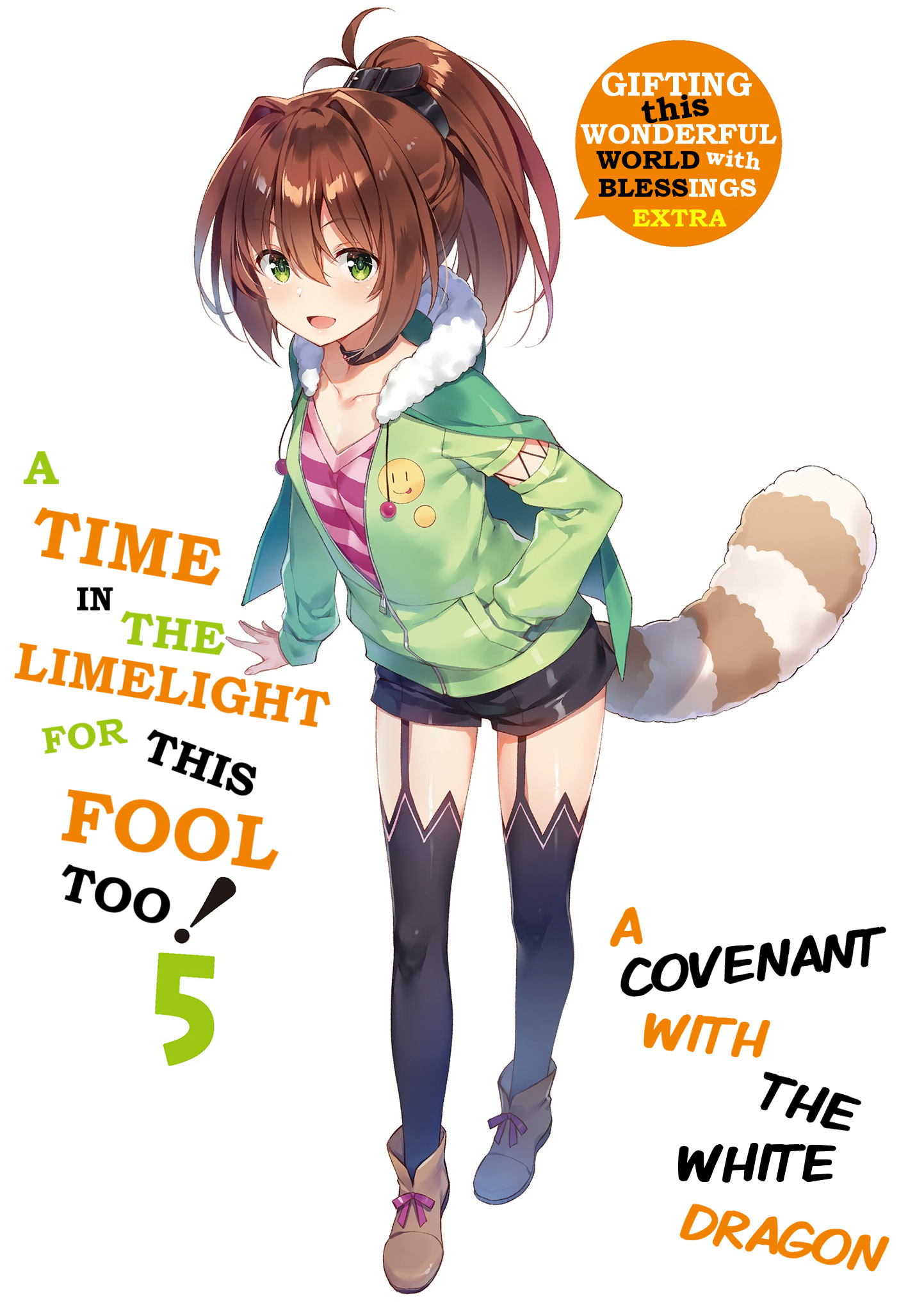 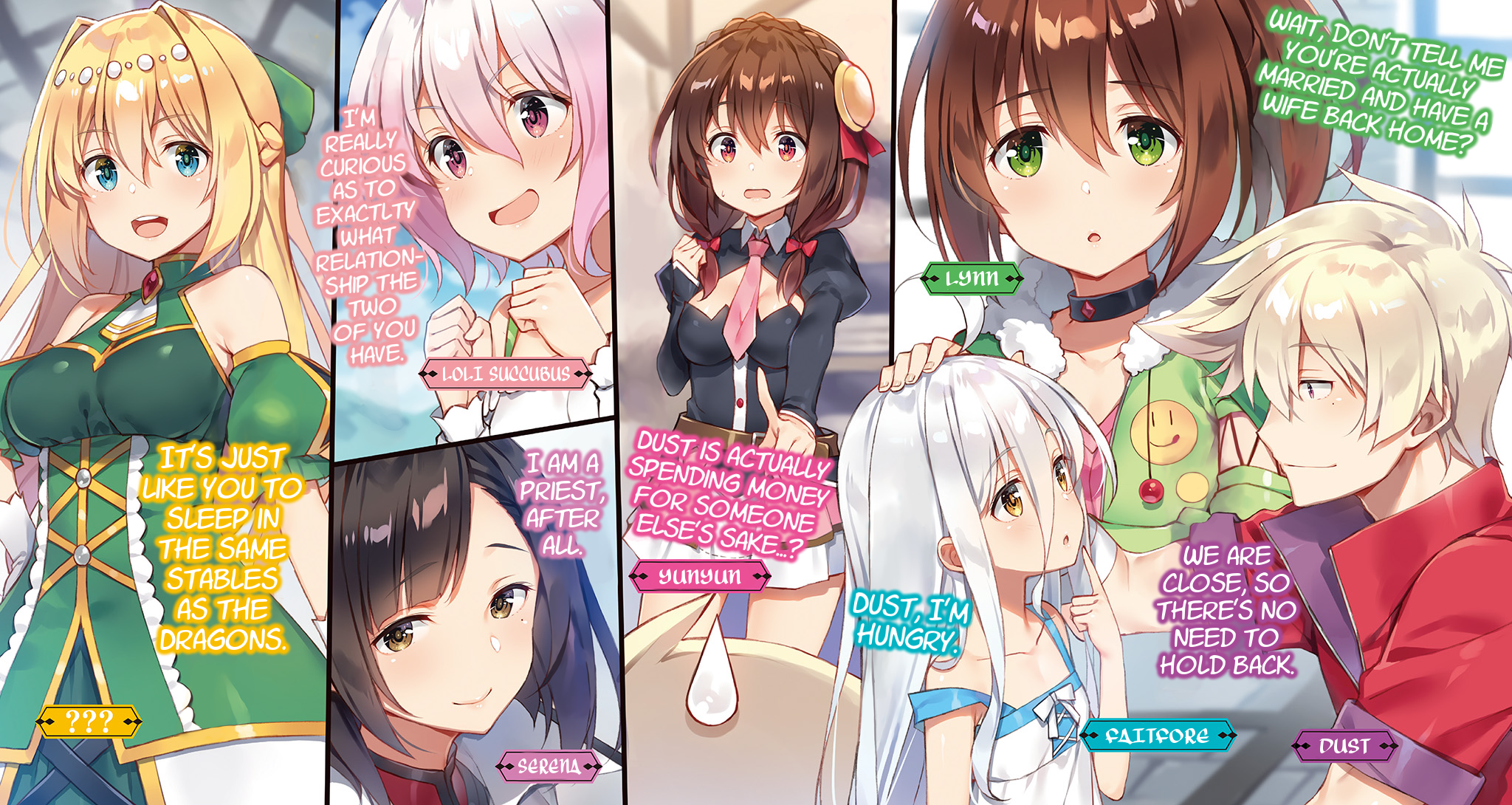 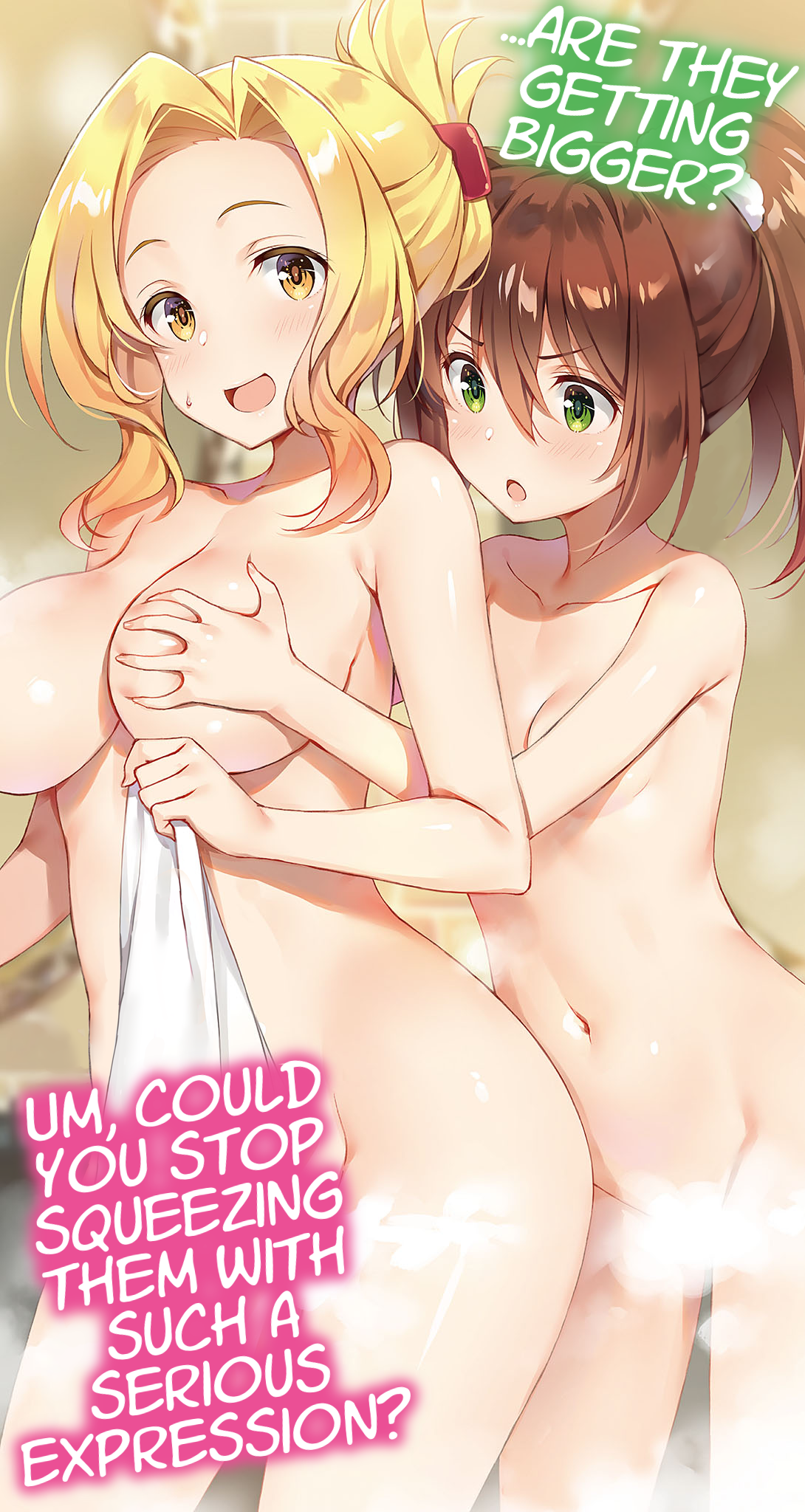 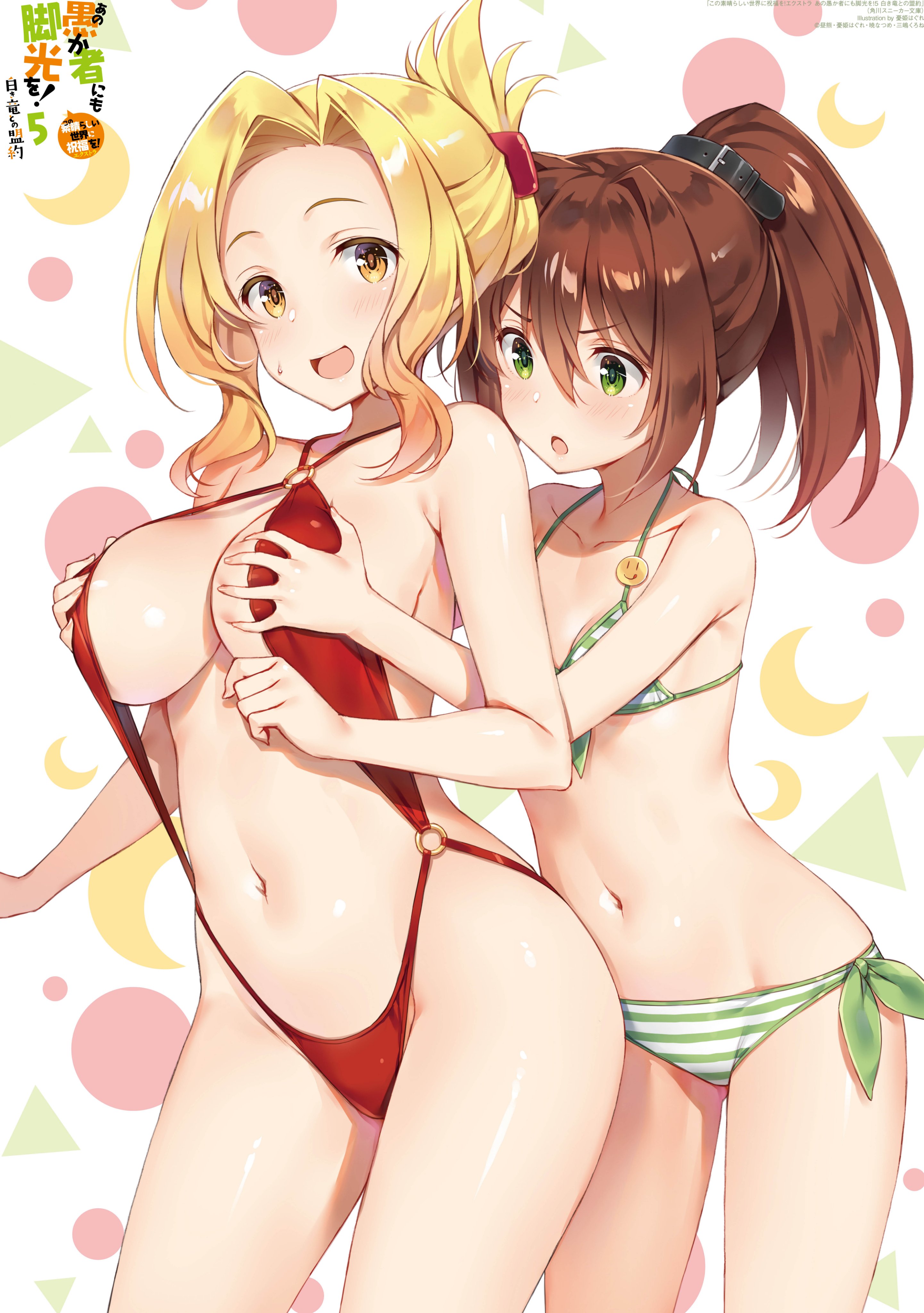 [Just like Volume 16, Dust five doesn’t actually come with a prologue and instead jumps right into the story. However, part one of chapter one functions much like a prologue, so I’m putting it here instead.]

After returning from the country of casinos, Elroad, I’m currently counting my money at the tavern in the guild.

I did get involved in some really troublesome matters there, but I did receive some serious compensation from Prince Levi as a result.

Thanks to that, my wallet has never felt fuller.

“Seems like I can live in the lap of luxury for a while. First, to wipe away the anguish I suffered in Elroad, I should pay the succubi a visit.”

I’ve spent the journey surrounded by nothing but small chested women, and spent quite a bit of time locked in a cell on top of that. Living an ascetic life for such a long time has pushed my self control to the limit.

I have enough money to afford their services right now, there’s no issue with getting an amazing dream tonight.

That store doesn’t only sell dreams, but has an amazing atmosphere too. Seeing all those succubi walk around in clothes that might as well be underwear is sure to wipe out all the stress I’ve accumulated in this journey.

“It’s really creepy when you smile to yourself like that, you know? I thought we spent quite a bit of money in Elroad, but it seems like there’s still a significant sum left over.”

The person who looked into the bag of coins was Lynn, the only girl and resident spell caster of my party.

I have two other members in my party, but it doesn’t seem like they are in the tavern today.

I gave the bag over to Lynn to give her a better look.

There is a reason why I was given so much money as compensation.

“If news got out that the prince of Elroad that made their fortune through gambling lost to an adventurer famous for having poor luck, it’d be bad for their standing, right? Oh, don’t misunderstand me. I’m not trying to blackmail the prince or anything. It’s just, I’m worried that I might accidentally blab about it if I get drunk on cheap beer. Ahh, my wallet has been feeling awfully empty today. I wonder if there’s a kind prince who can fill it right up?”

When I said that to the prince, he happily produced a large bag of gold.

“This is just to be expected when you have my skill at negotiations.”

“That’s just  blackmail. I still can’t believe you had the guts to threaten the prince of a nation like that.”

“You worry too much. I made sure to emphasise that I’m a close friend of Kazuma, so things will be fine.”

Prince Levi seems to be infatuated with Iris, so he already doesn’t think highly of Kazuma.

He will definitely direct his ire towards him, so I’ll be safe for the moment.

“I won’t cover for you if Kazuma finds out. Still, it’s a relief to have such a windfall.”

“Yeah, we can live in the lap of luxury for a while.”

“What are you talking about? We have to send this all to Rain-san. This sum is only going to just barely cover the penalty for failing the quest she gave us and the late fees for renting the dragon carriage.”

Lynn snatched away the bag of gold.

“… Whaat!? Wait a minute! That’d be like as if I worked for free! In the first place, this is the first I’ve heard about the penalty or the rental fees!”

“That’s because you left all the ‘troublesome’ negotiations to Taylor. Besides, the reason we are in such a mess is all your fault. The only reason why we couldn’t complete the quest or return the dragon carriage on time is because a certain someone got thrown in jail. What, do you have any complaints?”

She gave me a sharp gaze that brook no arguments.

It’s all the truth, after all, so I can’t think of a good excuse.

Lynn got to her feet with my entire life’s savings clutched between her hands.

Dammit, so it’s the pauper’s life for me yet again!?

[Right, sorry for the delay. This was supposed to go up in the middle of November, but I couldn’t get it into a state where I was comfortable releasing it to the public by then, hence the delay. Anyway, with that issue sorted, Chapters of Dust five will be going up once every week, like usual.

This volume actually does deal with Dust’s actual past, after five volumes of dragging it out, so it should be quite a fair bit more interesting than the previous volumes. I highly recommend giving this volume a read, even if you have no interest in the Dust spinoff prior to now.

Anyway, that’ll be all from me. See you next week.]