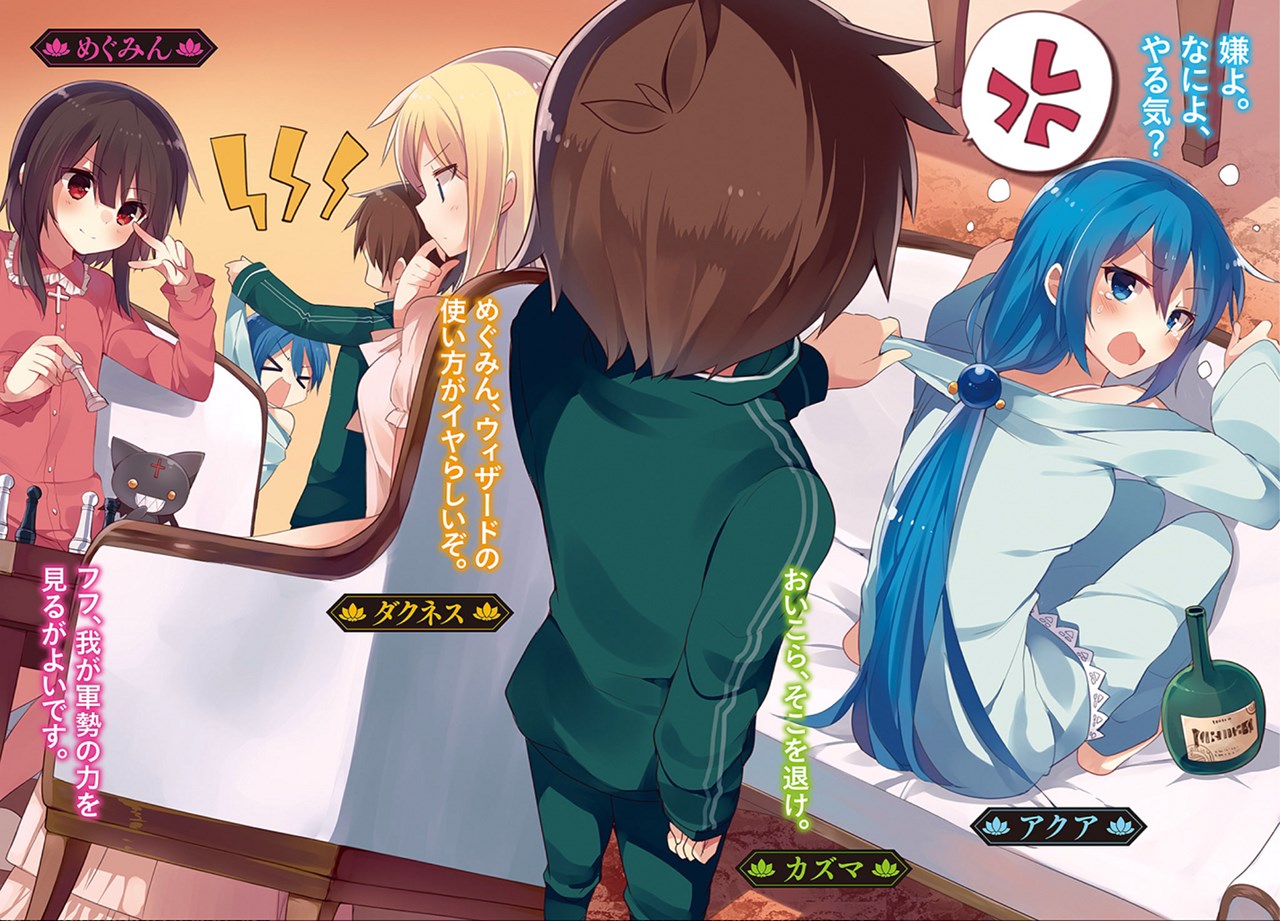 “Satou Kazuma-san… Welcome to the afterworld. I’m Eris, the goddess who’ll guide your way. Your time in the mortal world is up.”

Opening my eyes, I found myself standing at a shrine that seemed to be from ancient Rome.

Before I could understand what happened, the girl before my eyes explained it to me.

She had long silvery hair with white skin and was wearing a loose white hagoromo.

Though her face that looked delicate and beautiful, I could feel a hint of melancholy.

I didn’t know her actual age, but she appeared to be younger than me.

The goddess who called herself Eris looked at me with her sad green eyes as I stood there dumbfounded.

After hearing the goddess’s words, I finally realized that I had died again.

This was a familiar feeling.

I felt the same way when I met the other (self-proclaimed) goddess which resulted in me going to that world.

Right now, I remembered what happened before I died.

The moment I thought of that, something warm flowed down my face.

It wasn’t like this was the first time I died.

For some strange reason, I missed that lousy world I thought I hated.