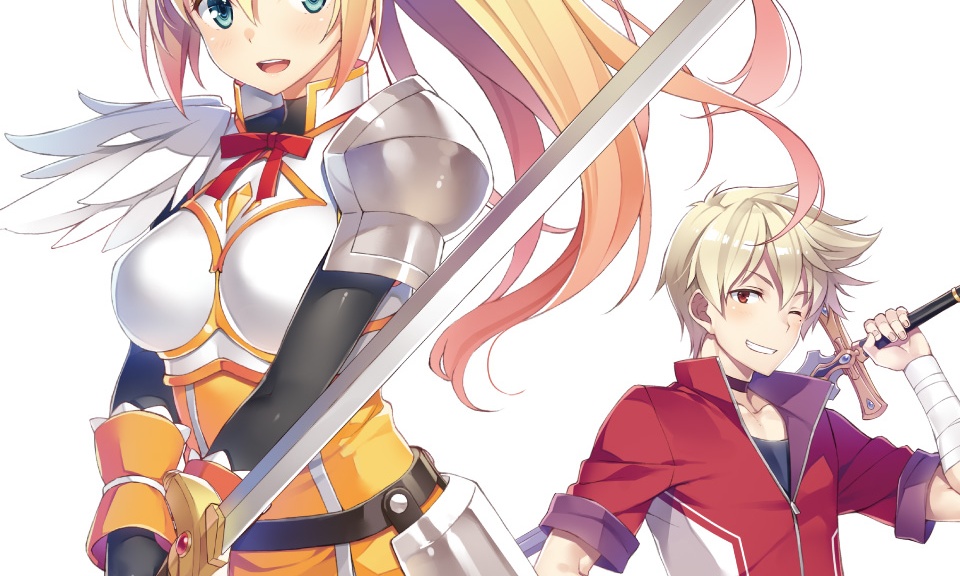 I was wandering around the back alleys of Axel one day, looking for anything that might be worth some money, when I faintly heard the voice of a woman and a man on the wind.

“Hey now, what’s a man and a woman doing in such a deserted place? Could it be… They can’t be doing that in broad daylight, can they? I’ll have to take a look at this in person.”

I quickly approached the source of the voice and peeked out around the corner.

“Hey now, don’t be so cold. Why don’t we go get a few drinks together? I know a good spot not far from here.”

What, it’s just a drunk hitting on a girl.

The guy looked like a typical run-of-the mill delinquent, and the woman was wearing a large hat that obscured most of her features from where I was standing.

Still, he’s doing a really poor job of picking up women. No one will follow you if you’re this forceful. I’ve learnt from hard experience.

One of the tricks I often use to pick up girls is to get some of my friends to pretend to do exactly this before having me swoop in to save the day. The guy appears cooler after having pulled the girl out from a tight spot, and they would also feel somewhat indebted towards the guy, so most of them will at least agree to have a meal together.

…Come to think of it, that’s how I met Yunyun, wasn’t it? She does look pretty well developed, after all.

“You’re saying to share a drink together, but you plan on doing perverted things once I’ve been weakened by wine, right?”

“You plan on providing sweet-tasting wine and claiming that it is heavily watered down before going all out, right? Just what are you planning to do afterwards?”

The woman, seemingly seeing through all of the man’s tricks, shouted.

She really does know quite a lot about such tricks. Did she go through something similar in the past?

I can only see her back from here and her hat obscured most of her features, but she’ll probably be thankful to me if I save her, right? If she ends up being my type, I can hit on her afterwards. Even if that doesn’t work, she’ll probably at least agree to treat me to a meal.

I never expected that the scenario that I’d usually set up with my friends would actually happen for real one day.

“Heavy handed tactics like this are the worst! You plan to resort to violence if I resist here, don’t you? In order to raise your sexual excitement, you plan on asking me to to strip off everything other than my socks, don’t you?”

“No, I really don’t want to get imprisoned, and I’m not that kind of deviant either…”

“Huh, is that so? I’ve heard that men enjoy that kind of situation, but I guess I was wrong. I need to study more.”

The man shrunk back after witnessing the sudden change in the woman’s speech patterns.

“Hey now, you shouldn’t be so forceful… What are you doing?”

The girl turned around in response to my voice, and I naturally trailed off after seeing her face.

“Oh, Dust-san? What are you doing in an alley like this?”

“That’s my line. Wasn’t your shop in the other direction?”

The woman that the man was trying to hit on was Loli Succubus, dressed in a more elegant-seeming outfit than the one she usually used to pass herself off as a village girl.

“I’m doing field research. There was a customer who requested a similar situation on the questionnaire, so I’m here to brush up more on it.”

“Oh, well, aren’t you hardworking? It might be a dream, but it’s still important to have a sense of realism in it.”

“H-Hey, what are you guys talking about! Don’t ignore me…”

As Loli Succubus and I started chatting away, the other man in the alley weepingly called out to me.

“Ah, sorry. I’ve already collected enough data, so you can leave now. Thank you for your time.”

Loli Succubus screamed that in a flat monotone, jumping behind me and pretending to be afraid while hugging my waist.

“Ah, don’t push me! Oh, fine, I get it, so stop clinging onto me. Just treat me to a meal later! Hey, take a good look at her! It’ll be a crime if you go any further. You can tell by taking one look at her face and flat chest, right?”

Saying that, I took Loli Succubus’s hat off her, revealing her childlike face and her assets.

The man spat on the ground and left.

Well, that settles that. It wasn’t exactly what I had planned, but with this, I’ll be able to secure food for the day.

“Right, now about our promise… Hey, why are you puffing up your cheeks? If you want to puff something up, puff up your breasts instead.”

“Huh? Did you say something?”

“Hmph. You wanted dinner, right? I’ll buy you something, so be grateful.”

Loli Sucucbus’s mood suddenly took a turn for the worse for some reason, but as long as I get something to eat, I have no complaints.